Celebrate Arbor Day on Friday, Feb. 27, in downtown Canton with a free seedling giveaway! The City of Canton has been designated as a Tree City USA partner for more than 20 years, and each year. Each year Canton strives to demonstrate a commitment to trees, conservation, and the environment. The Arbor Day seedling giveaway in Cannon Park is just one way that the city is able to carry out the commitment as a Tree City USA. 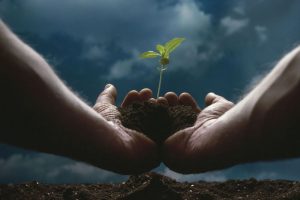 In addition to the seedling giveaway, the city also gives the Yard of the Month awards and lines up volunteers to work on a variety of beautification projects.

Stop by the gazebo in Cannon Park between 9 a.m.– and 4 p.m. Feb. 27 to choose a free seedling from varieties that include Bald Cypress, Redbud, Crabapple, Common Pear, and Pecan.

For more information call the City of Canton Parks Department at  (770) 720-7674 or visit www.canton-georgia.com