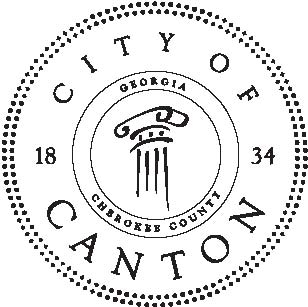 Three new city council members were sworn in for the first meeting of 2014, with Mayor Gene Hobgood officiating at Canton’s city hall.

The three new council members, Sandy McGrew, John Rust and Bill Grant. who will be representing wards 1, 3, and 4 respectively, were elected during the general election on Nov. 5 and a runoff election on Dec. 3 to fill seats vacated by the retirement of incumbent council members.

McGrew serves as president of the board of directors of the Cherokee Arts Council and is a resident of Great Sky. She decided to run for the city council so she could make a positive impact on Canton and be “part of the solution rather than a complainer.”

Rust, a native of Eau Claire, WI, has lived in the Canton area nine years. He said that he is hoping to bring peace, civility and progress to a council that he says has been plagued with heated debate and disagreements over the last few years.

Grant is a longtime business owner in downtown Canton and native of Dalton.  He said he wants to “roll out the red carpet and reduce the red tape” for Canton businesses in order to encourage economic growth in the city.

The council meets on the first and third Thursday of each month at Canton City Hall, 151 Elizabeth St. For more information on the city of Canton, visit www.canton-georgia.com.