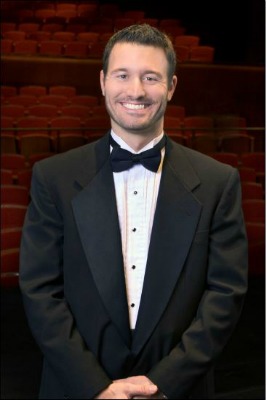 Teasley Middle School’s Band Program has won $20,000 in musical instruments through a national contest. The program, which is under the direction of Sean Furilla, earned the most online votes in the Yamaha Quest for Music Education contest.

Mr. Furilla said the prize greatly helps the program, as many of the instruments that students are playing were purchased in 1986 – the year the school opened. The prize funds will purchase about five instruments. “This is a huge step, but it’s only the first step,” Mr. Furilla said, noting the school needs to purchase 30 replacement instruments, which range in cost from $3,000 to $8,000 each. “A positive musical experience at Teasley is crucial for every student.”

The Canton area community, he said, has rallied behind the program, noting that the band’s recent Winter Concert attracted 1,200 audience members, and many generously donated money and instruments.

The program currently serves 250 students, with the total expected to rise to 400 next school year when Teasley Middle moves to its new campus and adds sixth-grade classes. The need for musical instruments will increase as well.

Mr. Furilla said many of his students cannot afford to purchase their own musical instruments.

“In my class, holding those instruments, every student has the chance to be equal,” he said. “It’s an environment where the varying levels of economic diversity vanish. Band is a place that wipes away all boundaries and anything is possible. The ‘rich’ and ‘poor’ labels disappear and the world of possibility opens before their eyes.”

Anyone who would like to make a financial donation or donate an instrument to the program is asked to contact Mr. Furilla at (770) 470-7077, ext. 230 or email sean.furilla@cherokee.k12.ga.us.