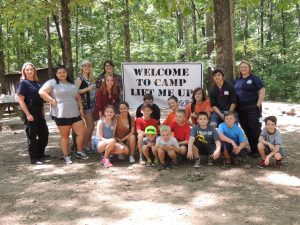 It seems each month brings news of another Hollywood film crew coming to Cherokee to take advantage of all our county offers. The latest excitement centered around the news of Netflix purchasing the former Little River Grille for production of a new series “Ozarks,” starring Jason Bateman. It’s a boost to our economy for sure, and a lot of fun for stargazers.

There is one short film called “Life Sliding,” in development to become a feature film that is 100 percent local. Starting with screenwriter/author S.L. Mauldin, a Cherokee County native who lives in Woodstock.

Mauldin is getting ready for the mid-August premiere of “Life Sliding,” based on a book he wrote that he said “explores bullying and preconceived notions about people through the perspective of a popular kid versus the perspective of the person being bullied or judged.”

Each of the 50-60 people involved in the three-day filming project is a local resident; a few live in Atlanta but the majority are from Cherokee and Cobb counties.

While Mauldin was casting the film, he attended a production of “Hairspray” at Cherokee High School, where he found students Tess Reboucus, Sydney Warren, and Levi Lanier for speaking roles, with others picked as extras. Former CHS student Paula Jump of Waleska and Casey Pack of Resaca portrayed paramedics who rescue Caleb, who is played by Talin Mattocks.

With a local cast and crew in place, Mauldin didn’t have to go far for the three days of filming.

Day 1 filming took place at Atlanta Communities Real Estate Brokerage in Woodstock, which let Mauldin transform one of the real estate offices into a therapist’s office. In the afternoon, cast and crew moved to The Ugly Mug Café in in the River Park subdivision off Marietta Highway at Sixes Road. “Owner Phyllis Matthews treated us with great kindness and allowed us to completely take over her wonderful cafe to shoot a crucial scene. She was had an employee working as we filmed, and that employee is now in the scene,” Mauldin said.

Day 2 filming took place at Allatoona High School. On Day 3, Mauldin rented Wildlife Action Center, a private outdoor facility that was a perfect setting for scenes of Camp Lift Me Up, where much of the action takes place.

Mauldin hopes the film encourages viewers to take a moment and understand that everyone has a story that makes up who they are and explains why they behave as they do.

“The words, ‘Seek first to understand,’ might be the key to stifle the conflicts in our families, backyards, and around the world,” Mauldin said. “Also, adults often forget what it is like to be a teenager. It is a rapid shift from the playground to dealing with matters of love, relationships, and sliding into the adult world. I look forward to the feature length version of ‘Life Sliding’ being viewed around the world.”

I am playing the lead female role, Marissa, whom Gavin (Curt Roland) meets at Camp Lift Me Up. They kind of butt heads at first but eventually become friends. My character is head strong, sure of herself, and not intimidated.

This is my first time being a part of a movie, but it has been absolutely great. It has really opened my eyes and showed me how much I really aspire to become an actress. Any day we were not filming, I missed being there and couldn’t wait for the next day. Shannon, Curt and Hagen have been so helpful and great to work for.

What was the biggest surprise?

How much I really enjoyed it and adjusted to a different type of acting. Behind the camera is very different from being on stage, so I was really nervous the first day of filming. After that, I was more comfortable and confident in myself and more relaxed all together. I had such a great time with the whole production and would love to work with them again. 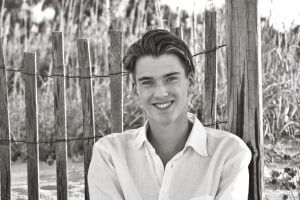 I was cast as Jayden, a popular football-type student, with one line: “idiot or not, he was your best friend.”

I love acting in film, and this experience was so much fun. Film acting is so different as compared to acting on stage, which is what I’m accustomed to.

This was not my first movie project. I have attended a film camp for the past three years, where I have acted in three different short films. I believe one of them went to the Atlanta Jewish film festival. 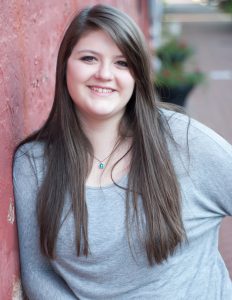 My character’s name was Taylor. She is the popular, mean, blonde girl who tries to get everyone’s attention, but she’s hiding an eating disorder. She’s the one that always hung out or was chatting with the main character, Gavin (Curt Roland), before he realizes his life’s a lie.

What was the biggest surprise?

That the director was just a few years older then me and some people were taller than I expected. But also, it takes many takes to get a scene perfect and there’s some pretty cool equipment for the camera man!