The March of the Toys Parade in downtown Ball Ground has become a Cherokee County tradition. Ten years ago, our local Santa and Mrs. Claus, Tim and Pam Cavender, launched the parade, to join Toys for Tots (TFT) and help children in need.

This holiday season marks the 75th anniversary of the Marine Corps Reserve TFT Program. Maj. Bill Hendricks started the charity in Los Angeles in 1947 after a nudge from his wife, Diane. She was the real inspiration, and had a few handcrafted dolls that she asked Bill to deliver to an agency that supported underprivileged children. Bill could not find such an organization. After Bill’s unsuccessful search, Diane instructed him to start one. Hendricks and the Marines in his reserve unit collected and distributed 5,000 toys in 1947.

Seeing the great success of this first community engagement, the commandant directed all Marine Reserve sites to implement a TFT campaign, transforming the program into a national community action in 1948.

At the time, Hendrick’s civilian job was director of public relations at Warner Bros. Studios. Friends with many celebrities, he asked them to help support the newly created program. As a personal friend and as a favor to Bill, Walt Disney designed the first TFT poster, which included a miniature three-car train. This image was subsequently adopted as the official logo.

Toys For Tots has grown exponentially since. In 1991, The Marine Toys for Tots Foundation, a 501(c)(3) nonprofit, was established at the behest of the Marine Corps to help run and support the program. The foundation raises funds, purchases toys, distributes donations and handles day-to-day operations. To date, 627 million toys have been distributed, supporting 281 million happy children.

Local Support for a National Effort

The ninth annual March of the Toys Parade is Dec. 2. The vendor market will open at 4 p.m. in Ball Ground’s City Park and the parade will begin at 7 p.m. Last year, it was estimated 5,000 people attended the parade.

“I can’t stand the idea of a child going through Christmas without toys,” Tim Cavender said. “The toys we collect are distributed through the TFT branch in Marietta. Besides collecting unwrapped toys for TFT, we celebrate the season with vendors, and lots of superheroes, princesses and ‘Star Wars’ characters, who come from all over the Southeast.”

Santa and Mrs. Claus will bring snow with them as they travel down Main Street. After the parade, a meet-and-greet with free photo opportunities will feature Santa and Mrs. Claus, as well as all of the children’s favorite cosplayers (participants who wear costumes and accessories to represent a character). The cosplayers will gather in City Park, and Santa will be available on the stage.

“Our 2022 grand marshal is Lulu Roman from the famed TV sitcom, ‘Hee Haw.’ Lulu will be doing a meet and greet prior to the parade, from 4-6 p.m., at Barrel House Coffee on Main Street (275 Gilmer Ferry Road),” Cavendar said.

Don’t forget to bring a new, unwrapped toy to the parade for TFT. Collection boxes for toys will be available along Main Street (the parade route) and at City Park. For more information, visit marchofthetoysparade.com or contact Tim Cavender, parade chairman, at tmcavender@cherokeega.com or 770-735-4263.

– Susan Schulz is a Bible teacher and mentor who lives and plays on the Etowah River in Canton. Connect with her on social media or at susanbrowningschulz.com. 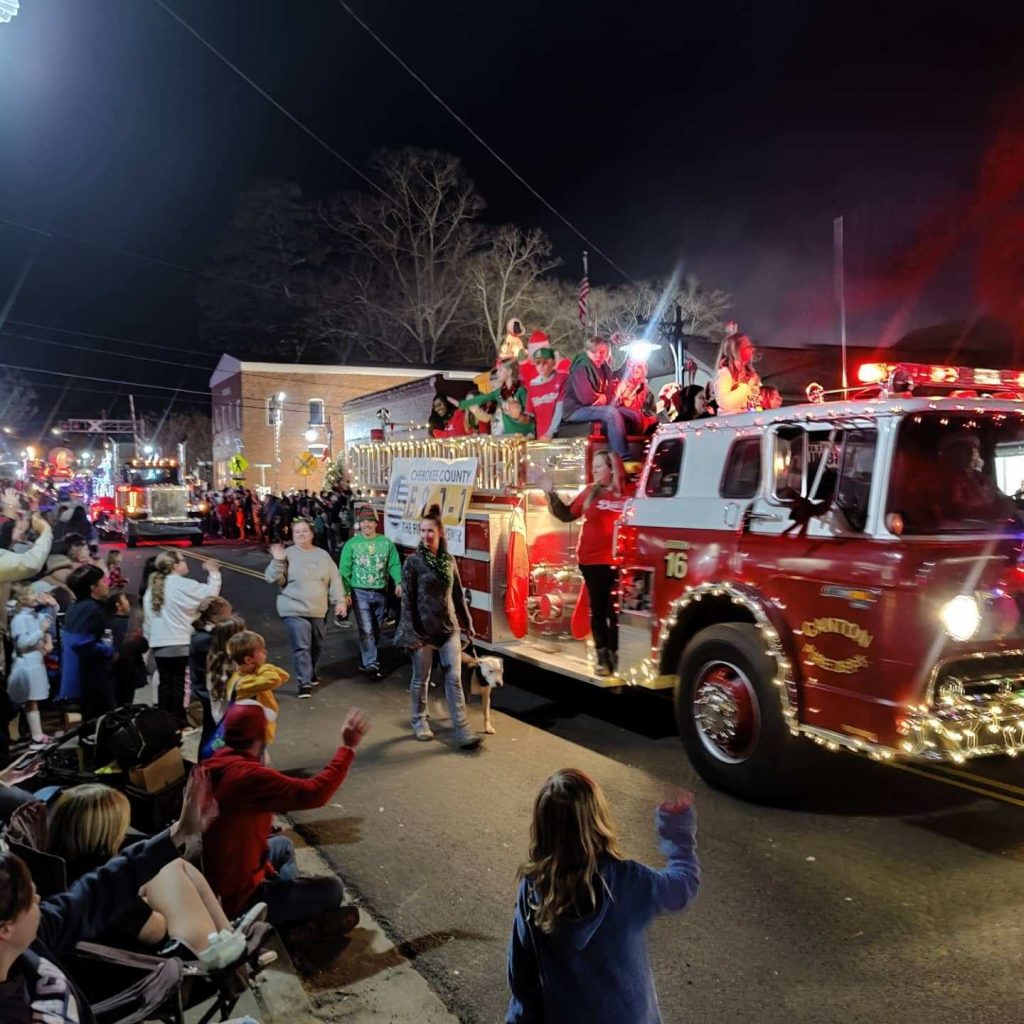