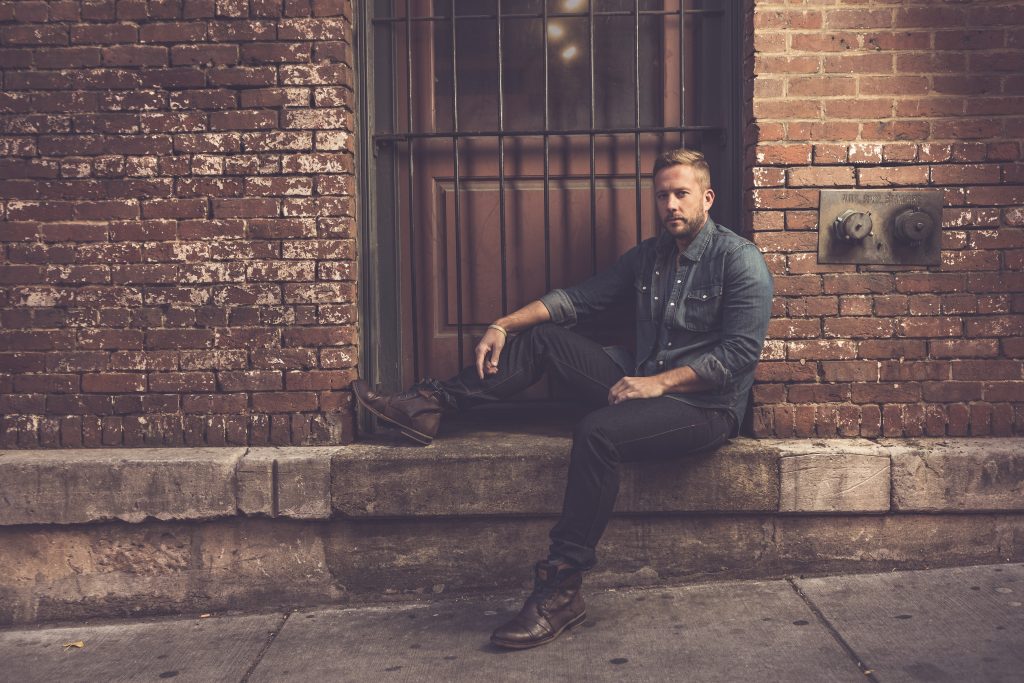 Thomas Fountain travels across the United States sharing his unique blend of country music, but home is where this Georgia boy’s heart is. He was the opening act for the inaugural concert at the Northside Hospital Cherokee Amphitheater in Woodstock, has played concerts at Canton’s First Friday, headlined the BBQ & Brews Festival in Canton and entertained fans at the new SunTrust Park. Fountain opens up about the importance of roots and hometown support with Aroundabout Local Media.

How do your Georgia roots influence the songs you write?
I was actually born and raised in a beautiful area just north of Canton in Jasper. I moved to the Canton area shortly after college. My roots and upbringing have definitely shaped my songwriting, especially the last few years. Through trials and tribulations, people seem to fall back on what they know for support. For me that was my family, my faith and the way I grew up. Funny you mentioned roots, because that’s exactly what I got back to. The older I’ve gotten the more proud I’ve become of my roots. I can see now how they have shaped me and how blessed I am. You see more of “me” now in my songwriting than ever.

What kind of stories do you want to tell with your music?
Country radio has taken such a different turn the last 10 years or so. It’s now so market-driven, gearing toward a specific audience. With that being said, a lot of the kind of country I grew up on never makes it to radio. But I still believe real country music should be about stories. Those stories should be relatable to everyone’s life of all ages. I want to tell stories that people may shy away from. I’ve learned that if I’ve been through it, chances are someone else has, too. By doing that, I’ve been able to help people through my songs. For me that is extremely gratifying. 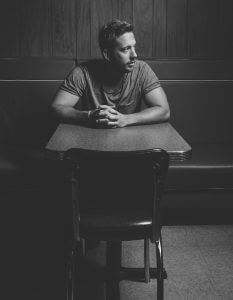 Who has supported and encouraged you musically?
I have found support and encouragement in the strangest ways. The fans seem to be my biggest support and motivators. Some of them have even turned into part of our team. I also get a lot of encouragement from people who tell me stories of how my songs have helped them. When you get that feeling of how a song you wrote has helped people in their personal lives, it is very powerful. It strikes a fire in me to write, write, write and to record more music. I have a very loving family as well. None of them are involved in music so it’s easy to get lost in all the craziness, but they’ve been great.

Georgia has produced some of the industry’s biggest country artists. Why do you think that is?
That is true, but Georgia has such a rich culture of music of all genres. Otis Redding, Ray Charles and the Allman Brothers immediately come to mind. It’s such a diverse state musically, which sets it apart. I think growing up as a musician in Georgia it helps people with originality. If you’re from Georgia and a country artist, chances are you were probably raised on the Allman Brothers as well. It just makes people unique and original. But yes, Georgia seems to have owned the country music world as far as big name artists. Travis Tritt, Alan Jackson, Trisha Yearwood, and current artists like Luke Bryan, Billy Currington, and so many more. It really is crazy to think about. Just something about being the South I guess.

What advice would you give to young singers and musicians?
I see so many new artists just trying to play or sound like what they hear on the radio. They write the same way, sing the same way, dress the same way, etc. They put so much work and effort into something that has already been done over and over again. The important people in this industry don’t look for the same thing, they want originality. Something new, something fresh. Music comes and goes in cycles, and swings like a pendulum. You are seeing that pendulum swing back in the form of Chris Stapleton and other country/Americana/roots rock type artists. Eventually people are going to want to hear “real stories.” They want to relate. I would say just be original, don’t be afraid to write from the heart, and surround yourself with hard-working people you can trust.

After traveling, what is it like to play in front of a hometown crowd?
It’s such a great feeling. Seeing people I haven’t seen in years is my favorite part. We reconnect because they’ve become a fan of my music. People maybe I haven’t seen since high school. But they’re able to keep track of me and any success through my music. They seem to be proud of their hometown boy. That puts a responsibility on me that I feel honored to bear. When you have people rooting for you because you represent them and their way of life, it’s an amazing feeling. It empowers me and makes me want to keep pushing. This industry is the hardest thing I’ve encountered in my life. It will eat you up and spit you out. I need those people more than they will ever realize.

What’s next for Thomas Fountain?
Oh, this will be our biggest year yet. I am in the studio right now recording my second album full of “real stories.” It is slated to be released in the next few months with a CD release right here in Cherokee Country. We have shows booked in five or six states already and more are being added. We played in the new SunTrust Park in June for Braves Country Day with Jake Owen, which was pretty exciting. We also get to share the stage with some other incredible big-name artists this year, which I can’t say at this time. But it’s going to be a great year for me and the band. Cherokee County has been so good to us, and I hope they’ll continue to do so. 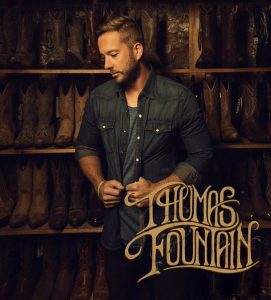