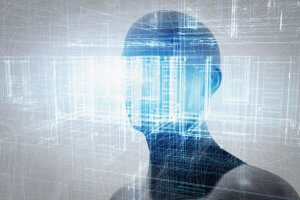 Last summer, news broke that Equifax, one of the big three credit reporting agencies, had been hacked. When the dust settled, more than 150 million Americans discovered their personal credit data, everything from Social Security numbers, date of birth and addresses to debt information, were now in the hands of criminals. To this day, the case remains open, and no one has been charged. Meanwhile, it is likely that your information has been caught up in the hack.

Until this year, Equifax and the other two credit reporting agencies were allowed to charge consumers a fee for freezing and thawing their credit reports. Placing a freeze on your credit report makes it harder for criminals to use your personal data to steal your identity and your good credit. In Georgia, the fee was $3 per transaction, which means if you wanted to freeze your credit with all three agencies, it would cost you $9. And, you would have to pay $9 again if you decided to thaw your credit.

To a group of legislators, it did not make sense that the same companies that had failed to keep your data safe would be allowed to charge you a fee to protect your good name. That’s why I authored House Bill 866 in the House and carried the Senate version, SB 376, which removes the ability of credit reporting agencies to charge consumers these fees. Gov. Nathan Deal signed this legislation into law, and it went into effect July 1. Also, Congress is taking the Georgia model and applying it to all states starting in September.

But, I do not think the effort should end here. Your data, that makes up your virtual identity, is not under your control, nor do you really enter into any type of voluntary relationship with these companies. If you have a mortgage or a car loan, they collect your information whether you want them to or not. Today, if they do not take steps to secure your information and it is stolen, they shrug their shoulders and go about their business. That is why these companies need to have an increased level of accountability.

If it is discovered that one of these agencies acted negligently, it needs to be fined. Even after the Equifax breach, which impacted nearly 60 percent of American adults, there was no fine or recompense for those affected. That needs to change. If Congress cannot act on the matter, then we should take the lead and do so at the state level.