A look ahead at the new Northwest Corridor Express Lanes, opening soon in Cherokee and Cobb counties.

The Northwest Corridor Express Lanes are scheduled to open to commuters this summer. As we watch signs go up and construction in the final stages, we asked a representative of the Georgia Department of Transportation to give us a primer. If you have more questions about this endeavor, email candi@aroundaboutmagazines.com and we’ll do our best to get your questions answered.

The express lanes will be optional toll lanes running alongside the regular or general lanes on I-75 and I-575. The key word here is optional: No driver will be required to use the toll lanes at any time. The lanes will give travelers the option to pay a fee in exchange for a more reliable trip time, while transit riders benefit at no additional costs to them.

“Making it to appointments, picking up kids, getting home to let the dog out — drivers often need an option to suit their schedule and life,” said Jill Goldberg, external affairs/communications program manager for the Georgia DOT. “Travelers may choose the express lanes one day and stay in the general purpose lanes the next. Use of the lanes is completely customizable.”

Toll rates will rise and fall with traffic demand. Dynamic-rate pricing helps regulate the amount of traffic within the express lanes, providing dependable trip times for drivers, vanpools and transit riders who choose to use them.

Xpress buses and registered vanpools will have toll-free access to the express lanes. You can find routes serving your area at GaCommuteOptions.com and xpressga.com.

Commuters will need a Peach Pass. The pass is placed on a car’s windshield and includes a barcode that is scanned to deduct tolls for each trip. There’s no fee to get or keep the Peach Pass — drivers only pay for the trips they take in the Georgia Express Lanes. Peach Passes (and more information) are available at PeachPass.com.

The reversible I-75 South Metro Express Lanes in Clayton and Henry Counties surpassed all expectations, serving more than 1 million trips since opening. Northbound morning commute trips in the express lanes are traveling on average 13 mph faster than those in the general purpose lanes, and southbound evening express lane commutes are running on average 21 mph faster. In addition, the general purpose lanes have seen less traffic during the morning and evening commutes.

More express lanes are coming throughout the Atlanta region to build out the connected Georgia Express Lanes system. An extension to the I-85 Express Lanes began construction in summer 2016 and is scheduled to open in 2018. Four additional express lanes are being planned as part of the Georgia DOT’s Major Mobility Investment Program (MMIP). This program is moving forward 11 significant transportation improvement projects designed to reduce traffic congestion and improve mobility options statewide.

• How will drivers know what to do?
There will be plenty of signage to alert motorists when they will need to exit the express lanes to use a regular existing exit/interchange on I-575. Closer to the time that the lanes open, a sign tutorial will be posted on the website (www.dot.ga.gov/DS/GEL/NWC) with more guidance on the signs motorists can expect to see, approximate mileage points where drivers will see the signs, etc. “This will allow those who want to use the express lanes to familiarize themselves with the signs and times to exit prior to the system opening,” spokeswoman Jill Goldberg said.

• How much time will the lanes save drivers?
Data is available that projects how much time a driver could save using the express lanes. For example, it would take 16 minutes using the express system to travel south on I-75 during morning rush hour — from where the toll lanes start at Hickory Grove Road in Cobb County to where they end just inside the Perimeter. Compare that with 39 minutes in the general purpose lane, or 40 minutes if the project had not been built.

• What will it cost?
Toll rates will be set by the State Road and Tollway Authority (SRTA) Board of Directors approximately 6-8 weeks before opening. Rates of the two existing systems range from 10 to 90 cents per mile.

“If you look on the web at stories of the I-85 toll, you will see that, at the very peak periods of about an hour a day, some people pay tolls in the $14 to $15 range for the entire system, but the average toll paid is less than $2,” Goldberg said.

“I-85 is a mature system that has built up many dedicated users after six years of operations. The I-75 South [Metro] Express lanes users have much lower toll rates, as it hasn’t even been open for a year yet. The overall average fare on I-75 is just 60 cents. The peak period sees tolls around $1.15 to $1.30. So, you can see that the range of rates is great between the two systems – part of that due to the time each has been opened and part of it due to when people choose to use it and get in/get out.”

• What’s the price tag for this project?
The cost is about $826 million. 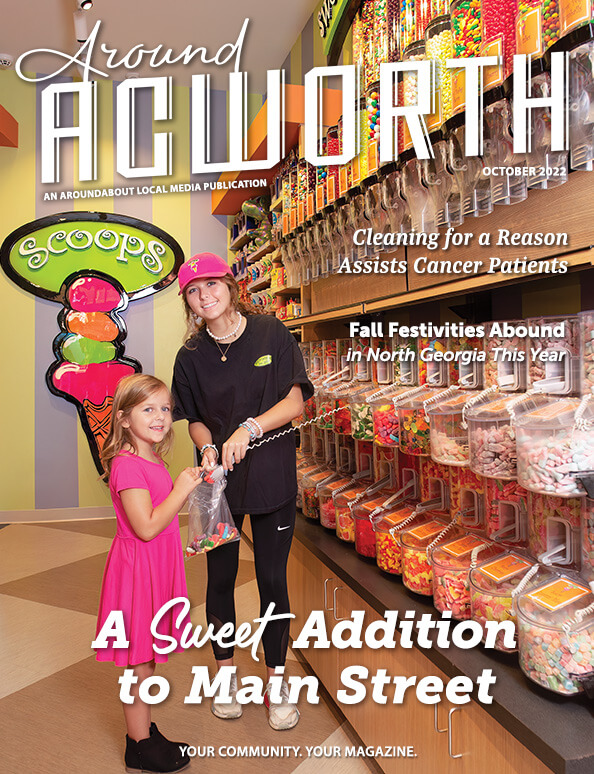