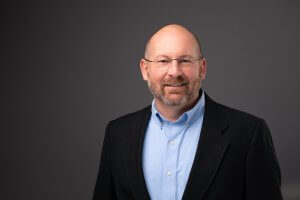 Describe a typical day on the job.
The typical day usually involves close contact and communication with City Manager Billy Peppers. Meetings involve updates on current projects, discussions of personnel matters, talks about upcoming capital projects, items pending council action, and may even involve discussions with developers or other outside organizations.

Throughout the day, I consult with various departments regarding current work and programs, respond to questions and emails, and inspect city projects.

What is your background?
I’ve been employed with Canton for almost 11 years. I started with the city in October 2011. I am a licensed CPA. Prior to my employment with Canton, I worked in a public accounting firm that focused on government audits of counties and municipalities in the North Georgia region. Upon graduating from the University of North Georgia in 1996, I spent four years as a licensed property and casualty insurance sub-agent.

Where did you grow up?
I grew up in Dawson County, where most of my extended family is from. During my early school years, I moved around quite a bit throughout the Eastern U.S., with my father being in the construction industry. This provided me with the invaluable experience of meeting new people, learning new and different cultures, and adapting to different environments.

What do you like most about your job?
Every day is different. Yes, the position often requires me to address issues that may appear routine, but everything has a uniqueness about it. Furthermore, Canton is a gem in North Georgia. With the Etowah River, easy access to the mountains and the big city, as well as a rich history, it is a great place to work.

What is the most unusual job you’ve done?
Team Canton has the spirit of “How can I be of service?” It is not unheard of for management to jump in and help with whatever task needs to be done. A number of times, I have fielded a phone call right at 5 p.m. and helped out by delivering a trash can to a customer in need. You may often find Canton employees walking around downtown picking up trash. We truly care about Canton!

What projects are you excited about?
Council recently approved a contract to renovate Harmon Park, a historic park in the Sunnyside area of Canton. A while back, the city had an opportunity to partner with Atlanta United Foundation, among others, as part of their GA 100 Grant Initiative program, to provide funding for a soccer mini pitch.

This project helped spur other much-needed renovation projects at Harmon Park. The newly renovated park will have a mini pitch with terraced stadium seating, a new one-way drive surrounding the park, as well as additional parking, a basketball court, pavilion, art projects and other renovations to the existing ball fields. It is a great project for the city, which I’m proud to be a part of, and an exciting opportunity for that neighborhood.

What are your goals?
My goal is to continue to work for Canton as my career matures. There are so many projects that have been discussed and visioned, that I hope to see come to fruition. Toward the end of my career, and into retirement, I hope to slow down a bit and do a little more traveling and spending more time with grandchildren.

How do you spend your free time?
When time permits, my family enjoys traveling and camping. We have been blessed to have the opportunity to travel to many of the national parks within the U.S. I often try to schedule and combine my time off to allow a two- or three-week vacation every few years.