Four Cherokee County School District (CCSD) high schools’ teams played in December in the first round of the state playoffs in the Georgia High Schools Association’s inaugural season for the sport: Cherokee, River Ridge, Woodstock and Sequoyah. In fact, Sequoyah not only qualified, the team also won the Area 6 title! Cherokee, Sequoyah and Woodstock advanced to the Sweet 16 round.

Tonya Sebring, the school district’s supervisor of student activities and athletics, led the charge to kick off the sport in the county, with a club-level season held last school year. Only six school districts in Georgia — including Cherokee County — participated in this test run. Our county’s flag football league received financial assistance from the Atlanta Falcons organization and the Arthur Blank Foundation, and won over a new fan base in the community. This sponsorship covered fees for referees, field costs, jerseys, equipment, athletic trainers, administrator fees and coaching stipends for participating districts.

“I am excited to see these programs build on what they started at the club level last season. The league was a huge success and a catalyst for sanctioning the sport by GHSA,” Sebring said. “Flag football is up and coming in our state, and our CCSD teams have played an integral part in the GHSA sanctioning of the sport.”

All six CCSD high schools field teams of 20-30 players for the 7-on-7 format, which is played on a regular football field with slightly altered dimensions. Last season, 50 teams played within their own counties, with the county champions eligible to compete in a state championship game at Mercedes-Benz Stadium. Sequoyah won the county championship last season and played in the state semifinals. More than 100 teams played against schools from their GHSA division in the fall of 2020, with the opportunity for area and state championships.

“Seeing the positive influence this sport has on the players and the community is inspiring. The girls stand tall with pride and enthusiasm while receiving recognition from their families and friends in the stands,” said Amanda Dinkel, manager of community relations for the Atlanta Falcons. “We see the organic growth of the sport through their desire to play, and we are honored to have brought this opportunity to our communities, and hope to continue this forward momentum, bringing the sport to other states.”

The coaches of the CCSD teams are: Thomas Stringfellow at Cherokee; Elyse Szczepanski at Creekview; Amanda Massey at Etowah; Mark Lewis at River Ridge; Emily Ryan at Sequoyah, and Pete Manderano at Woodstock.

CCSD Superintendent Brian V. Hightower is a big fan of the flag football program and loves to cheer on the student athletes.

“We’re so proud of our outstanding players and their coaches, and are deeply grateful for the sponsors, boosters and parent volunteers who have helped make the program so successful,” he said. “We can’t wait for next season, as we know this sport will continue to grow and provide more of our female student athletes with opportunities to play, learn and succeed.”

– Barbara P. Jacoby serves as chief communications officer for the Cherokee County School District, and is a CCSD parent with four children. 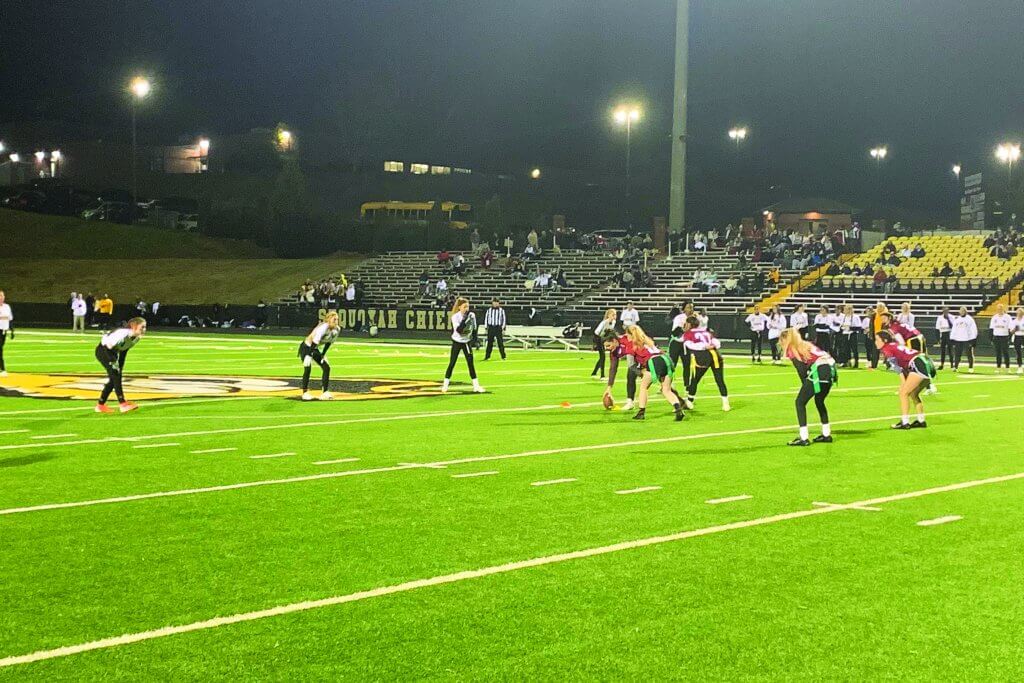