Honorees Talk About Their Service, What Motivates Them

Canton Mayor Bill Grant recently named three residents Extra Mile Heroes: Steve Kasha, Pat Tanner and Speedy Smith. This is the beginning of what Grant says will be an ongoing effort to acknowledge those who make our community a better place to live.

“Extra Mile is actually a third-party non-profit, but I intend to recognize citizens for their contributions and service to the city on a regular basis. It’s important!” Grant said.

Canton’s Extra Mile Heroes certainly exemplify the nonprofit’s motto of “empowering positive change, one extra mile attitude, word and action at a time.” Their profiles can be seen at www.extramileamerica.org. 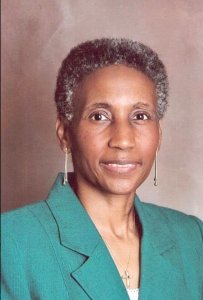 Pat Tanner served two terms on the Canton City Council and was the first, and only to date, African American elected official in our city. In 2010, Ms. Tanner realized there were no local events to honor Black History Month, so she went the extra mile to coordinate our city’s first Gospel Fest, which celebrated its 10-year anniversary in 2020. Ms. Tanner has also served on the Canton Housing Authority, Cherokee Boys and Girls Club, and Rotary Club, among others. In 2005, the Rotary Club of Canton awarded Pat Tanner the Jean Harris Award for her outstanding community service, and she continues to go the extra mile each and every day.

Pat’s reaction: “I was surprised by the honor, but I was thankful that the mayor and city council thought enough of me and what I do, and did, to bestow upon me that honor. To be honest, growing up I was taught that you don’t do things to receive rewards or honors. You see a need, and then you fulfill that need. Things need to get done, and so you do them.”

“Hopefully you do or say something that would impress upon someone to emulate you and take that next step or extra mile to do something. If I can be an example, especially within my community … in the Black and brown communities, to the younger African Americans or Latino or Hispanic children, or even Caucasion children, then my work would not have been in vain. I want to leave a legacy, and be an inspiration to others to do what they can to make a difference in their communities.”

Speedy Smith is founder and owner of Speedy Productions in Canton, which does sound setups for local and international events, acts and bands. Earlier this year, Speedy was recognized for volunteering his time and effort to our Canton Police Department by providing the sound system for their events for many years. In addition, our Main Street program and city events could not function without Speedy’s help. Speedy and his team have provided the sound setup for countless events, such as First Fridays, July 4th celebrations, the Canton Farmers Market and many others. More importantly, Speedy is often the first to arrive and the last to leave, pitching in to volunteer or help his fellow citizens in any way possible.

Speedy’s reaction: “I am so excited! This is the best thing that’s ever happened to me. I also received an award from the police department for doing production for their events. I’ve been in Canton about 12 years now. As Bill Grant says, this is ‘the coolest little town in Georgia.’ I love this town, and I would do anything in the world to help this city. I don’t do it for the praise. I’ve been doing stuff for Canton since I moved here, but I never expected this.”

Speedy contributes to the city in many ways, from helping children have a good Christmas through the efforts of the Canton Police Department to his volunteer work at church. “I go to Action Church, where I’m involved with passing out food and helping the homeless.”
Working on the First Friday events is one of Speedy’s contributions. He leaves us with this teaser: “This year for First Fridays, I have lots of treats in mind for lighting.” 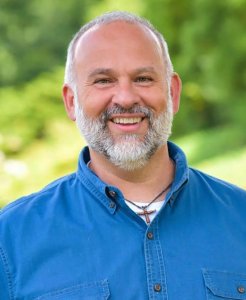 Steve Kasha is founder and CEO of SERV International, a nonprofit organization located in Canton that serves millions of meals to those in need, not only in our local community, but around the world in places such as Africa, the Dominican Republic, Costa Rica, Cambodia and more. When the pandemic created a statewide sheltering situation, Steve and his team took action to provide tons of food and groceries to local families on Saturdays at their drive-through operation at the SERV Store on Marietta Highway. To say that Steve has gone the Extra Mile is an understatement, and we are so fortunate to have him in our community.

Steve’s reaction: “First of all I was honored to be one of the first recipients, but what really sank in was the fact that the mayor himself got behind our local food distribution with SERV during the heart of the COVID-19 crisis. I believe that during those first few months, people were looking for individuals and organizations to step up and do something. Schools, churches, and businesses were shutting down, and people had needs. Thanks to Bill Grant and our city council, the people of our community had confidence that they would receive the help they needed. The first two months alone, we produced close to 2,300 food boxes and, to date, SERV has produced more than 7,500 boxes. I never anticipated I would be singled out and recognized for my efforts, but I was truly honored to represent our city and SERV. It has really challenged me to think bigger on behalf of our community, and help organize other projects that will benefit people in need and our city as well.”