The newest park listed in the City of Canton Parks Guide, Etowah River Park, is officially open! January marked the soft opening of the 80-acre facility that runs along the river in Canton, GA, but the official grand opening took place on Saturday, August 1st. 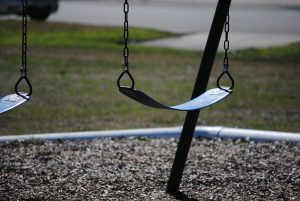 Along the banks of the Etowah River, Canton visitors and residents can now enjoy the use of an amphitheater, walking track, playground, and a bridge that leads over the river to trails. This park has been in the works for several years as voters decided through a Cherokee County Park’s bond in 2008 that the park would become a reality.

Over the years the project flexibly morphed as necessary. For example, original project plans detailed the inclusion of baseball fields. This was adjusted as the acreage along the river bank that the Etowah River Park sits on is located in a floodplain. Instead of locating the baseball fields in the floodplain, Cherokee County and the City of Canton agreed to install them off of Univeter Road near Kenny Askew Park.

Make sure if you visit the new Etowah River Park that you share your pictures with Sixes Living on Facebook and on Twitter so that all of our followers can see just how beautiful this park is!