We are on the cusp of an important new era of city-county cooperation on growth and development in Cherokee County. The days of disputes over inappropriate city expansion through annexation may be ending. By the time you are reading this, I believe we will have growth boundary agreements with the county’s four largest cities.

So, why does this matter? Since 2008, a consistent majority of the Board of Commissioners has sought to control growth and 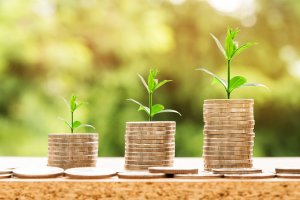 development in Cherokee County, to protect the small-town and semi-rural quality of life that makes it so attractive. We’ve had some success. Before 2008, our average annual population growth rate was about 5%. Now, it’s down to about 2.5%. But, that’s still more than 6,000 new residents per year. The growth still is straining our infrastructure and quality of life.

Most of the slowdown has been in unincorporated areas of the county. The cities have continued to grow at 4% or more. That’s OK, to a degree. Thriving small cities are a positive and appropriate part of the overall mix of development in the county. Concentrating the growth allows for better delivery of services and infrastructure. And, it can help us hold the rest of the county to lower-impact development. The county’s development plan is based on that approach.

The problem comes when cities grow too far beyond their cores and spread city-like development across the county. Developers often seek to have their property annexed into a city to obtain more lucrative zoning regulation than the county would approve, sometimes allowing them to play one against the other. They even can assemble chains of annexed properties to reach a parcel they’re seeking to develop. The Georgia Legislature recently gave counties a little help in delaying unwanted annexations. Still, cities legally can annex over the county’s objection if the subject property connects with the city limits and the owner wants it annexed.

Through the years, annexations have thwarted some of the county’s efforts to control growth and development. And, they’ve been the biggest source of conflict between the county and its cities. It has been a key goal of mine to resolve this issue, and we’re truly almost there. We’ve had a growth boundary agreement with Canton that has worked well for more than 15 years. We completed one with Woodstock earlier this year. A proposed agreement with Ball Ground is pending final approval. And, while there’s still work to be done as of this writing, we’ve reached agreement on principal terms with Holly Springs.

These agreements required considerable give and take. The city leaders understandably want room to grow. Everyone has to make concessions. But, we all recognize the need for countywide growth management, and we all want to end the disputes. I’m grateful to the mayors, council members and my fellow commissioners for getting it done. I look forward to all we can do now, working together.

– Harry Johnston is chairman of the Cherokee County Board of Commissioners. He’s a retired CPA and accounting manager, and a former district commissioner. Email him at hjohnston@cherokeega.com.