Redeveloping the Heart of Canton

Downtown is the heart of Canton. While the area was a thriving mill district in the early 20th century, the 1970s saw the arrival of big box stores and mall-style shopping, bringing the bustle of downtown to a halt. Serving only as a pass-through to other destinations, local businesses shuttered. In the early 2000s, a downtown resurgence occurred as people began to value all things local, nostalgic and historical once again. It was then that stores, offices and restaurants – such as the popular Downtown Kitchen – believed in and began to create the vision for what downtown Canton could be.

Main Street Magic
Established in 2010, the Canton Main Street program aims to create a vibrant downtown through historic preservation, small business development, private investment, increased tourism and more. With its eye on the future, the city of Canton is building an economy for the next generation, while restoring buildings from past generations. In the last two decades, more than 300,000 square feet of historic buildings have been restored, including former schools that now are home to City Hall and commercial offices; a former textile mill transformed into the award-winning The Mill on Etowah; the revived historic Canton Theatre, which recently was named to The 10 Best Historic Theaters in Georgia by AmericanTowns Media; and the historic Jones Mercantile building at the center of downtown. The latter will see even more improvements starting this fall, as the developers of The Mill on Etowah create another mixed-use space featuring restaurants, office space and much more.

“The development of the Jones Building is the next opportunity to showcase the city of Canton,” developer Penn Hodge said. “The private-public partnership of this historical landmark will define the future of downtown. We see the Jones Building project as the next adaptive reuse challenge, which will continue our theme of ‘Honoring History’ for the city.”
Honoring history not only for Canton but for the entire county is History Cherokee’s new History Center, that just so happens to call downtown Canton home. The museum documents the history of Cherokee County, spanning from Native American inhabitants to the industries, people and events that have shaped the area to what it is today. (For more details, turn to Pages 16-17.)

“The new history center being around the corner also has people really curious to see what Canton has to offer,” said Cindy Brooks, Canton’s Downtown Development Authority (DDA) president. “People who may not have known that we have had a wonderful historical society for many years are now really interested to see more exhibits and how that building has really changed.”

Popular downtown events also highlight the area’s special value for residents and visitors. From dine and wine events to holiday and farmers markets to music and concert series, such as First Fridays, downtown Canton draws in young and old all year long.

“Canton, through its Main Street, DDA and Roadmap approaches, is able to leverage its history, its incredible local businesses and its residents’ compelling sense of community connection, to build momentum for maintaining a strong central business district, area placemaking initiatives, tourism growth and so much more,” Canton City Councilor Brooke Schmidt said. “We are seeing a growing interest from residents who want to live downtown, and Team Canton is committed to supporting this key to economic vitality.” 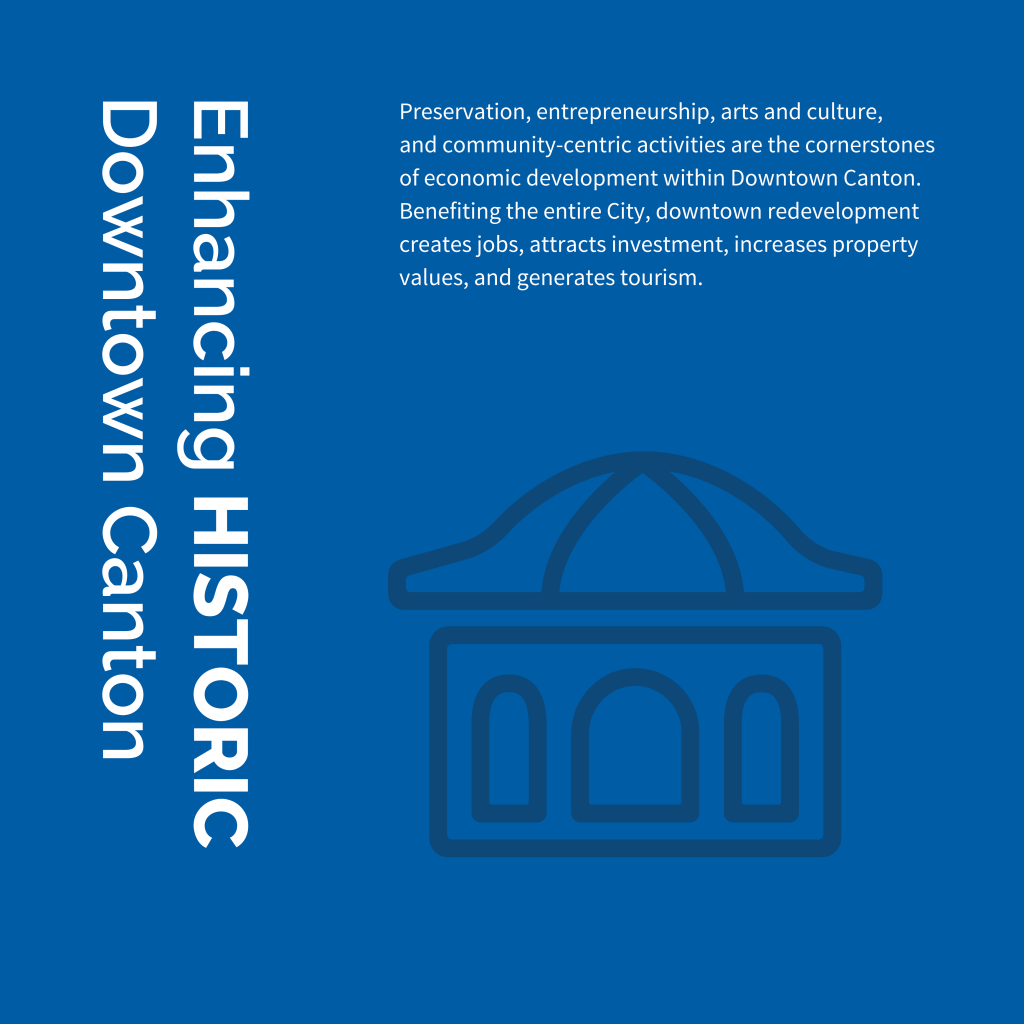