#CantonForward is an initiative for creating a vision for the future of downtown Canton (the Loop) and the area along the Etowah River that will leverage our history, attract jobs, make walking and biking easier, encourage appropriate development, and revitalize the core of Canton.

How are they doing this?

By researching and analyzing what’s currently in Canton, our history, and what the people want.

How are they learning what the people want? 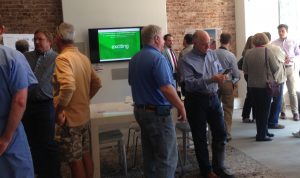 Several public outreach efforts have been in place beginning in September. Input was received at events such as Share your Care, RiverFest, Rockin the River, Stakeholder Interviews, and online surveys. The latest event was this past Tuesday, March 21st, when #CantonForward held an open house at Cup Up Coffee to reveal plans for the downtown and the River Mill district. We must say, the turnout was great -more than 90 people! 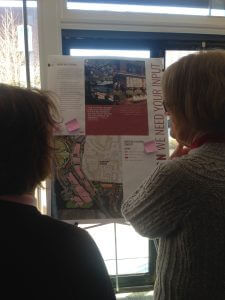 ls.  But these weren’t your average run-of-the-mill plans composed by outside consultants who think they know what’s best for our community, but by the citizen of Canton themselves. The boards were composed of community input and were
on full display for even more input, complete with sticky notes and pens. Essentially these plans were created for us, by us. Or as Richard Moe said, “Communities can be shaped by choice, or they can be shaped by chance. We can keep on accepting the kind of communities we get, or we can start creating the kind of communities we want.”

#CantonForward is creating the Canton we are excited to watch and invest in. Keep your eyes peeled, big things are coming!