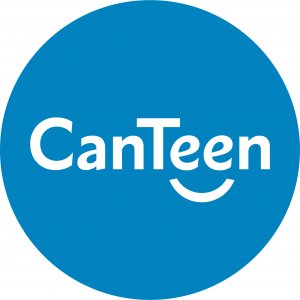 One of Canton Mayor Bill Grant’s goals is to give “the next generation as many reasons to love the city of Canton as much as we do.” To this end, he has created a program called CanTeen, an active engagement outreach to high school students in Canton.

The initiative is designed to create opportunities for youth leadership through volunteerism, service and giving input on policy issues. Participants will collaborate to identify youth issues in the community and help develop positive solutions.

Leading the effort are Laney Cline, Kenzie Rodriguez and Sophia Melbourne, who were chosen because of their diverse backgrounds, enthusiasm for engagement and interest in moving Canton forward for younger citizens. Sophia was on the original advisory board as a freshmen, and she has provided a lot of leadership.

It’s imperative, Grant said, to make Canton a city to which our youth will want to return once their secondary education is completed. He hopes to get started, as soon as the pandemic subsides, by conducting a citywide CanTeen Town Hall meeting in a fun setting “to actively listen to our teenage citizens about their concerns and future hopes and dreams for our city.”

Laney: CanTeen is a youth involvement organization working alongside the city of Canton to better incorporate teens and teen input. This initiative is led by three CanTeen Council members, Sophia Melbourne, Kenzie Rodriguez and me. Though CanTeen is just getting started, we seek to get as many teens involved as possible and host lots of diverse events, catered to teens, and showcasing Canton’s finest features. CanTeen is a unique opportunity for the youth of Canton to learn more about their local government, and connect with and lead alongside others.

What is CanTeen looking to showcase about Canton?

Kenzie: Through CanTeen, we want our council to display all of the wonders of our small town in a way that can be exciting while stimulating new interests among teens in the community. Whether it be showcasing small businesses downtown, highlighting natural attractions around the city, or even generating more youth involvement in governmental aspects of Canton, CanTeen is an initiative that aspires to create a widespread interest in leadership and future community involvement well into our lives past adolescence. With the brand new events we hope to introduce to the city in the near future, we would be grateful to see more teenagers reach out to be a part of this program and facilitate these steps toward building a closer community in Canton.

What are some projects the community can look forward to?

Sophia: CanTeen looks forward to bringing the community together to educate the younger generation on what their community has to offer. Our goal is to better Canton with teen initiative and ideas!

We look forward to holding Town Hall events open to all teens (and parents) of the community to share ideas for the future. These meetings will be similar to the city’s official Town Halls with planning and open input. Town Hall will be a great opportunity to get to know the council members and leaders of Canton.

We plan on hosting community fun and productivity events as well! Working in community service projects, holding involvement meetings for business and scholarships around Canton, as well as entertainment and involvement nights to liven up the community are just a few of the ideas we have moving forward!

How can youth in Canton get involved?

CanTeen Council is always looking for passionate teens with vision to join the team. We have lots of leadership opportunities in line and can’t wait to see what the community steps up to the plate with. Come inspire us! 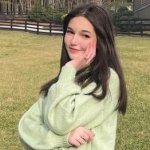 My name is Kenzie Rodriguez, I am a 16-year-old junior at Cherokee. My family moved to Canton in 2008 from Tampa, Florida. I aspire to become a production designer as I love art, entertainment and media. In my free time I enjoy writing, listening to music, and doing anything creative. I recently served as the sophomore public relations officer for student government, and am a part of Alpha Gamma. 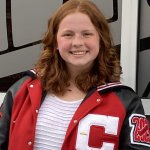 My name is Laney Cline, I’m 16 years old and a junior at Cherokee High School. I’m an aspiring history major and lawyer. At school, I’m very involved in Alpha Gamma and other school clubs. I am the 4-H County Council president and a varsity tennis player. I love to sew, travel to national parks, and drink slushies. I have lived in Canton my whole life!

My name is Sophia Melbourne, I’m 15 years old and currently a junior at Cherokee High School. In the future, I want to work in the biotech field. I love all things art and photography. I lived in Miami for eight years, I’m obsessed with frogs, and my favorite food is sushi. I joined CanTeen in my freshman year, and I’ve been passionate about improving Canton ever since.