A touch of warmer weather has sparked thoughts of more time spent outdoors, exploring our city and county parks. It seems that, as each season unfolds, there are new amenities to discover. After hearing that the city was awarded a $100,000 grant from the Georgia Department of Natural Resources to benefit area parks and  trails, we reached out to Eric Wilmarth, city manager of Ball Ground for the details.

ALM: Is it true that Ball Ground is purchasing a park that will connect to other city trails?

Wilmarth: “The site of the former Roberts Lake on Long Swamp Creek is an area the city of Ball Ground has long desired to acquire for passive green space.

“In 1923, Paul Roberts built a wooden dam on Long Swamp Creek, the valley was flooded, and the water was diverted through a wheel house to generate power for the city of Ball Ground and the marble processing plants located here. The lake that resulted from backing up the waters in Long Swamp Creek was named Roberts Lake. Calvin Farmer (whom Calvin Farmer Park is named after) was the operator of the facility. In the mid-1930s, when Georgia Power began providing service in the area, they took over the power generation and eventually destroyed the dam to remove any further competition. The concrete abutments, the concrete wheel house, and even a few small pieces of the wooden dam remain on the site.

“Ball Ground will be purchasing 50 acres from Alexander Land Management, which consists of the dam site, and the old lake bed.

“In order to establish a trail between the 50 acres, and the existing 26-acre Calvin Farmer Park, the city will be acquiring additional land from the Zona Lee Haynes estate, from Rick Roberts, and from a tract currently owned by Doug Barrett.

“Although it is too early to tell exactly where the connecting trail will be located, we are estimating that it will take the average person approximately 1½ hours to make the hike from Calvin Farmer Park to the dam site. 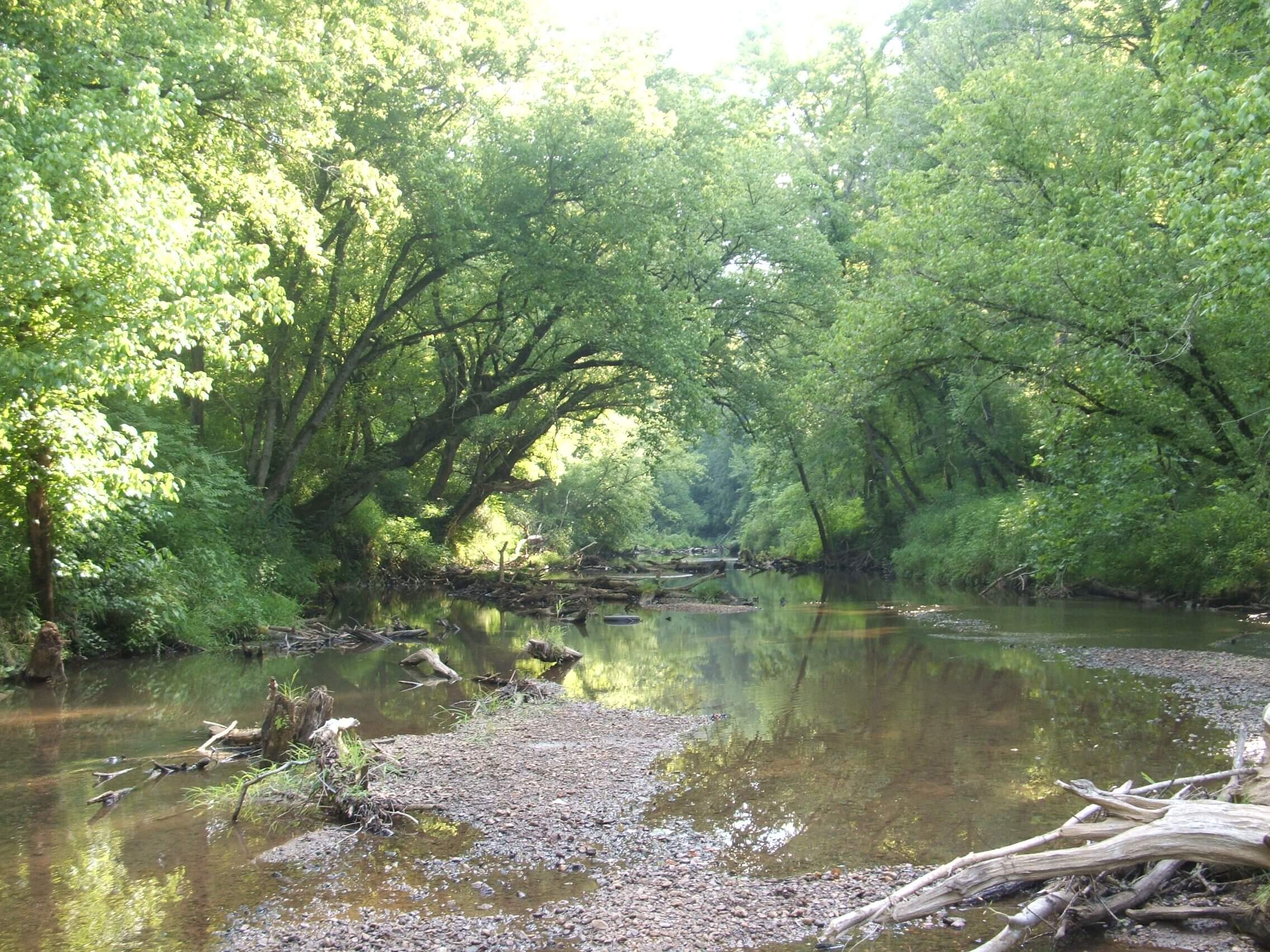 “The site itself is a beautiful site. The water is easily accessible. The area is great for observing nature, whether it be the seemingly limitless variety of plant life, or the abundance of deer, turkey and the occasional black bear that inhabit the area. Whether sightseeing, or just looking for that spot for quiet reflection, this area will be a remarkable asset, not only to the residents of Ball Ground, but for all of Cherokee County and the surrounding area.

“Once the trail is developed, this site will be accessible to the majority of current city residents by foot from their homes. Once this acquisition is finalized, we will then begin our next push to acquire additional properties to establish a trail that will link this property to the Mountain Brooke North subdivision on Old Dawsonville Road, which is the city’s largest residential community.”