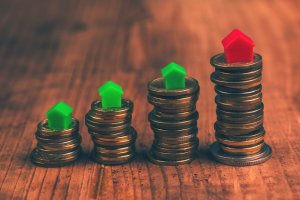 Canton Housing Authority is an independent organization providing safe, affordable housing to the most vulnerable members of the Canton community and all of Cherokee County. Those eligible include low-income families, the elderly and persons with disabilities. The Housing Authority is a federally funded program that operates separately from the City of Canton governmental body.

In 1961, Canton Housing Authority (CHA) purchased properties for the Jefferson Circle and Shipp Street housing developments. The housing community on Jefferson Circle has 31 units, which consist of 1, 2, 3 and 4 bedrooms. An additional 39 units were built on the Shipp Street location. This property also consists of 1, 2, 3 and 4-bedroom townhouse-style units. In 1981, as the need for affordable housing grew, CHA constructed the development on Oakside Drive. An additional 75 units consisting of 1, 2, and 3 bedrooms were added, bringing the total of the Canton Housing Authority’s units to 145.

Through much planning and cooperation with other local agencies, CHA hopes to change the face of affordable housing in Cherokee County. As Canton evolves, CHA is dedicated to following suit. CHA continues to be led by an executive director and governed by a five-member board of commissioners adhering to local law and all federal HUD regulations.

CHA currently is in the planning stages to raise the quality of affordable housing to the progressive standard of the surrounding area. The CHA board and staff have begun serious discussions regarding the much needed rehabilitation of all three properties. Through meetings with developers, a multitude of possible ideas have been given for the modification, rehabilitation or total redevelopment of all three properties.

With a high percentage of seniors in Cherokee County on a fixed income, there are discussions regarding the additional development of senior communities on the undeveloped acreage owned by CHA.

In the past 18 months, the CHA board and staff have made monumental strides in successfully overcoming the troubled HUD designation. As the chairman of the board for CHA, I believe our future success depends on our devotion to the community where we live, work and play. CHA is dedicated to maintaining the health of our community by building strong public and private partnerships, maintaining a high standard of quality, and helping as many low-income families move toward economic self-sufficiency as possible.

Together with residents, staff, government, local businesses, partners, developers and other stakeholders, we have made it our mission and commitment to serve the community through providing additional affordable housing opportunities.